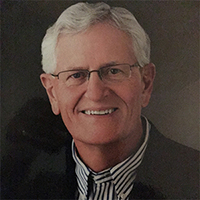 Larry D. Grandia has served in a wide variety of leadership positions during his more than 40 years in the healthcare information technology sector. On the provider side, Larry served as CIO for nearly all of the 28 years while at Intermountain Health Care (IHC), a nationally recognized, regional, not-for-profit, integrated healthcare system based in Salt Lake City.

On the vendor side of healthcare, Larry began his career in 1968 with IBM in the healthcare industry. He has served as President and CEO of DAOU Systems, a publicly traded healthcare information technology professional services company headquartered in San Diego. Also, he served as Senior VP for Health Catalyst, a national healthcare analytics company, with headquarters in Salt Lake City. Additionally, Grandia was Executive VP of Premier, Inc, a nationwide alliance of more than 200 not-for-profit healthcare systems, plus independent hospitals, totaling approximately one-third of all U.S. hospitals.

Larry has served on the corporate boards of Health Catalyst, PatientSafe Solutions, DAOU Systems and IDX Corporation; and on advisory boards for 3M Healthcare Information Systems and the Center for Clinical Integration (CCI). He was a member of the National Task Force on Information Management for the Joint Commission on Accreditation for Healthcare Organizations (JCAHO), and the Institute of Medicine’s Patient Safety Data Standards committee.

Larry has also received professional recognitions including: CIO Magazine’s CIO 100 Award in 1991; HIMSS’ 1992 John E. Gall, Jr. CIO of the Year Award; the Gold Award for achievement in managing information technology in 1995 from Carnegie Mellon University and American Management Systems and was listed among the “Most Influential in Healthcare IT” named by Advance for Health Information Executives in October 1999. In 2013, Utah’s Governor awarded him the Governor’s Medal for Excellence in Science & Technology.