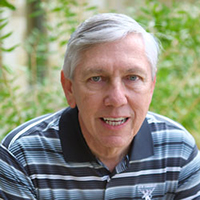 Jim Wagner has more than four decades of leadership experience in the health IT industry at the local and national level.

Prior to joining The Advisors, Jim served as CIO for the University of Iowa Hospitals and Clinics (UIHC), one of the country’s foremost academic medical centers. During his 18-year tenure as CIO at UIHC, Jim led a multi-disciplinary team in the design, development, and implementation of their nationally acclaimed hospital information system. Later, while serving as an internal consultant to the Compliance Office, he created and marketed a web-based software product called “HIPAA Pathfinder – Charting a Course for Regulatory Compliance”. Jim’s industry leadership on HIPAA issues contributed to the establishment of a HIMSS sponsored security examination entitled, Certified in Healthcare Security (CHS).

Jim is the recipient of the 1997 John E. Gall CIO of the Year Award. He was honored for his contributions with the 1996 HIMSS Outstanding Service Award, and was granted Lifetime Fellow status (LFHIMSS) in the Society for his numerous publications and presentations. He served as Chairman of the Board of Trustees for CHIME and was recently awarded Lifetime Fellow status (LFCHIME). He served as Chairman of the CHIME Foundation, an organization consisting of 20 vendor firms who provide leadership and industry direction for health information technology initiatives. His guidance in the hardware and software vendor community was subsequently recognized by his appointment as a member of the Board of Directors for the Center for Healthcare Information Management (CHIM), a 100-member organization consisting of the chief executives from vendor firms. Earlier in his career, Jim served on the Board of Directors and was elected President of a national IBM user group called “ECHO”.

Jim received his B.A. in Mathematics/Physics from St. John’s University and his M.S. in Computer Science from The University of Iowa. Jim’s resume includes over 50 publications and worldwide presentations.