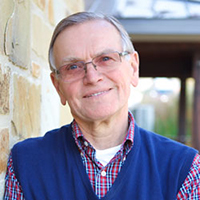 William A. Spooner, FCHIME, LCHIME, CHCIO has nearly 40 years of healthcare experience. Prior to joining The Advisors, Bill served 18 years as CIO of San Diego‐based Sharp Healthcare. He now serves as advisor to Healthcare systems and vendor firms on strategy, innovation, and performance improvement.

During his time at Sharp, Bill led an aggressive IT effort that placed Sharp on the Hospitals and Health Networks Most Wired list for 14 of its first 16 years. Numerous IT advances in both the business and patient care arenas supported Sharp’s development as the leading San Diego integrated delivery network in a highly competitive managed care environment. IT was cited for its contributions to Sharp’s 2007 Malcolm Baldrige National Quality Award. Sharp placed high on numerous “best places to work” rankings, including #6 and #7 on Computerworld’s 2013 and 2014, respectively, Best Places to Work in IT rankings.